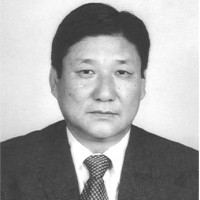 AUCKLAND, New Zealand: The Representative of His Holiness the Dalai Lama in Australia, Mr Dakpo Sonam Norbu, visited New Zealand at the invitation of the Tibetan Association of Auckland to address a gathering of all Tibetans from New Zealand.

The gathering is organised by the Tibetan Association of Auckland on 22nd October to pay their respects and express solidarity with the struggles of the Tibetans inside Tibet and to mourn the demise of those who have succumbed in the recent self-immolations.

In his address, Mr Dakpo Sonam Norbu, gave a detail account of the urgent situation prevailing inside Tibet and about the wave of self-immolations protests that have taken place this year.

He then talked about the devolution of political authority by His Holiness the Dalai Lama to an elected leadership. He also informed the people about the policies and objectives of the new Kashag led by Kalon Tripa Dr. Lobsang Sangay and about the middle way approach of the Central Tibetan Administration.

Books printed by the Central Tibetan Administration on the Middle Way Approach were also distributed to the people who have gathered at the venue.

Geshes, Monks and lay Tibetans from various cities like Auckland, Wellington, Christchurch, Nelson and Wangari as well as members of Chinese Tibetan Friendship societies came to participate in the gathering. A minutes silence was also observed as a mark of respect and mourning for those who have passed away in the recent self-immolations in Tibet.