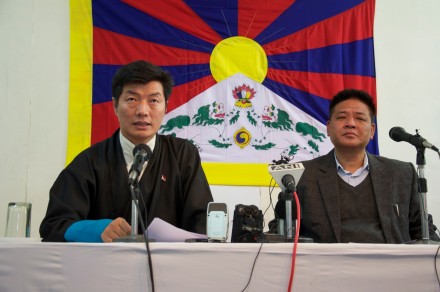 Kalon Tripa Dr Lobsang Sangay (left) and Mr Penpa Tsering, Speaker of the Tibetan Parliament-in-Exile, (right)
addressing the media in Dharamsala, India, on 12 October 2011. The press conference was jointly
organised by the Kashag and the Parliament in view of the critical situation in Tibet, particularly in
Ngaba in northeastern Tibet, where six Tibetans have self-immolated in protest against China’s
occupation and repression of Tibet.