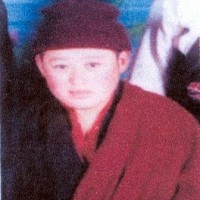 An undated photo of Yangkyi Dolma

Dharamshala: A Tibetan nun arrested by the Chinese government for taking part in the peaceful protests in Karze in March 2009 has died in a hospital in Chengdu, capital of China’s Sichuan province, apparently due to severe torture by the prison guards, according to a reliable information received by the Central Tibetan Administration.

Yangkyi Dolma, aged 33. who belonged to Lamdak monastery in Karze, Tibet, died around 2 pm on Saturday, 5 December 2009. The dead body has not yet delivered to her family members.

The two also distributed pamphlets, following which they were arrested and severely beaten up by Chinese security forces.

On that same night at around 7 pm, the security personnel raided the houses of the two nuns, and vandalised portrait of His Holiness the Dalai Lama. They also threatened the family members of dire consequences for taking part in the alleged separatist activities. On the morning of 25 March, the officials of the Karze county summoned the family members to their office for interrogation.

However, the whereabouts of the two nuns had remained unknown until on 24 August, when the family members came to know only that the Karze Intermediate People’s Court has passed its verdict and not what punishment was pronounced.

It was around 2 pm on last Saturday, 5 December, that the family members came to know that Yangkyi Dolma has died in an unnamed hospital in Chengdu.

Yangkyi Dolma, daughter of Gedun Dhargyal, joined the Lamdak monastery at the age of 17, and undertook years of religious studies and spiritual retreats.

Since the peaceful against its repression in Tibet last year, the Chinese government has resorted to arbitrary arrests and detentions of Tibetans, and subjecting them to brutal beatings by the Public Security Bureau and inhumane treatments in prisons. Many Tibetan political prisoners have been physically and mentally traumatised due to lack of proper diet and medical facility, which has resulted in their deaths.

The grave incidents of torture and deaths of Tibetans in Tibet have fully exposed the lies of the Chinese authorities that they do not suppress and torture Tibetans.