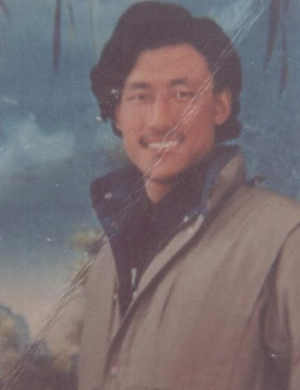 DHARAMSHALA:  Lodroe Gyatso, 51, has been released after completing his 21-year prison term, and he is in poor health condition due to severe physical and mental torture that he, like hundreds of Tibetan prisoners, suffered in the prison.

He was released from the Chushul prison near Tibet’s capital Lhasa on 2 May and handed over to police in his native Sog Dzong region in Nagchu in eastern Tibet’s Kham province.  He is currently suffering kidney and stomach ailments caused by years of torture and malnutrition in the prison.

Lodroe was first sentenced to 15 years in prison on 20 April 1994 for his alleged role in the killing of a man. A year earlier, Lodroe had a scuffle with that man after he lost a court case against the latter in the death of his sister.

While serving his jail term in Drapchi prison near Lhasa, on 4 March 1995, he shouted slogans calling for Tibetan independence, long life of His Holiness the Dalai Lama, and the Chinese people to quit Tibet. Moreover, pamphlets containing these slogans were distributed in other prison cells.

Following the protest, Lodroe was repeatedly and severely tortured and beaten in solidarity confinement for over a month.

He became mentally unstable after hearing reports about deaths of fellow prisoners in Drapchi prison in 1998.