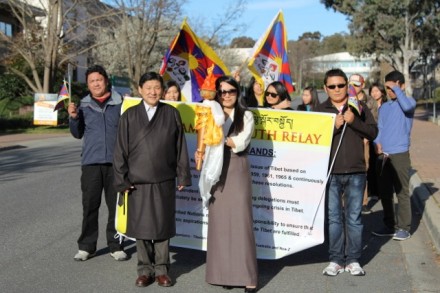 DHARAMSHALA: The flame of truth torch relay organised by the Tibetan Parliament-in-Exile kicked off in US, Taiwan and Australia on the occasion of 52nd Tibetan democracy on 2 September.

Tibetans and supporters took part in a signature campaign in Taipei marking the launch of torch relay. A press conference was also organised by Taiwan Tibet Support groups.

Mr Dawa Tsering, Representative of His Holiness the Dalai Lama briefed the gathering on the current situation in Tibet. He stressed that the sacrifices made by Tibetans living in Tibet must not go in vain, adding that exile Tibetans should make concerted effort to fulfil their aspirations.

Pledging support for the Tibetan people, Mr Yong Cong Ziin, Vice-President of Taiwan Friends of Tibet and the President of Students for Free Tibet Taiwan chapter, called for the urgent need of global intervention to end the self-immolation crisis in Tibet by pressing the Chinese government to address the legitimate grievances of Tibetans through dialogue. 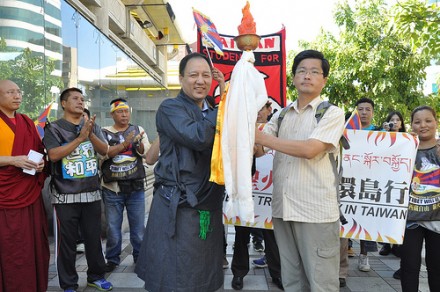 The Taiwan Tibetan Association organised a bike rally to carry the torch through different cities to highlight the plight of Tibetans living under the repressive policies of the Chinese government. The bikers have covered almost 120 km yesterday and they are expected to return to Taipei on Friday.

Similarly, the North American leg of the flame of truth relay was launched in Washington, D.C. and Ottawa simultaneously. It will pass through 22 major cities of North America.

US Congressman Frank R Wolf in his message at the launch of Flame of Truth Relay at Freedom Plaza in Washington, DC, said: “I stand with you in solidarity with the people of Tibet and condemn the repressive actions of the Chinese government. 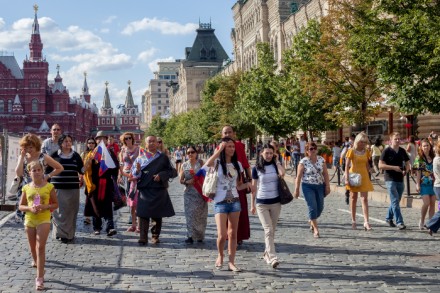 “Gatherings such as this are critical to maintaining attention and to increase public awareness of the horrible atrocities taking place in Tibet. In a crey of protest, more than 50 Tibetans have set themselves aflame in desperation at the abuses they have suffered at the hands of the Chinese government.  I’ve traveled to Tibet and have spoken to many individuals who are begging for help from the outside world.  Tibetans are a peaceful people, but they currently have no way of protesting or ending the restrictions imposed upon them.  The deteriorating situation must be addressed by the international community, with U.S. leadership,  before it spirals out of control.

“Freedom Plaza is a fitting place to hold this gathering.  The symbolic nature of Freedom Plaza makes it the perfect location to send a message to the people of Tibet and the rest of the world that we hear them and are working to end their oppression.  It is long past time for this administration and this State Department to prioritize Tibet in our dealings with China.  In a Constitution Day speech, President Reagan famously described our founding documents, which enshrine base liberties, as a “covenant we have made not only with our ourselves, but with all of mankind.” We risk breaking that covenant with the people of Tibet if we do not champion their cause during this time of need,” Congressman Wolf said in his message.

In his address, Mr Tashi Namgyal Khamshitsang, member of Tibetan Parliament from North America, said: “The Tibetan Parliament in Exile has launched the Relay to highlight the plight of the people of Tibet and to express our solidarity with them. While Tibetans have been facing unimaginable suffering under the Chinese rule for more than five decades, since 2008 they have been facing a brutal crackdown.  China has unleashed repression and brutality in Tibet with greater intensity than in the past.  It is implementing inhuman policies in Tibet and further indulging in voluminous streams of misrepresentations, lies and distortions of facts.”

He called on the UN, the international community, organisations and individuals who support freedom and justice to carry out thorough investigations to find out the truth about the situation in Tibet. “The United Nations needs to be reminded that the Tibetans, too, are members of the global community and the UN has the responsibility to safeguard the Tibetan people, as it is doing in the case of the people of Libya, Syria, East Timor, etc.,” he added.

He urged Secretary of State Hillary Clinton to press the Chinese government to end its failed policies in Tibet which are pushing an increasing number of Tibetans to set themselves on fire, during her visit to China.

The issue of Tibetan self-immolations with the Chinese leaders during her visit to China and express its strongest condemnation of China’s policies in Tibet that are leading to the dire situation in Tibet.

In Australia, the torch relay started from Canberra, the capital city of Australia. The Flame of Truth relay started at the Tibet Information Office, where the Representative of His Holiness the Dalai Lama, Mr Sonam Dagpo handed over the torch to Ms Lhamo Tenzin, President of the Tibetan community in the Australian Capital Territory (ACT) with a short ceremony.

The Flame of Truth Relay in Australia and New Zealand began on the 52nd anniversary of the Tibetan Democracy Day. The program started with the singing of the Tibetan national anthem followed by one minute silence in honour of those Tibetans who have sacrificed their lives for the cause of Tibet including those who have self-immolated in recent years.

The Flame of Truth will travel from Canberra to Sydney on 5th September.

On 2 September, which is the Tibetan Democracy Day, the Flame of Truth torch tours from the capital of Russia to  Buryat Republic located in the east and Kalmyk Republic in the west of Russian Federation, for creating and enhancing Tibet international awareness and launching the signature campaign for the Tibetan petition to be submitted to United Nations. From Moscow to Kalmyk Republic the Flame of Truth torch travelled with Ven. Geshe Lhakdor, Director of Tibetan Library and former translator of His Holiness the Dalai Lama, Mrs.  Julia Jironkina, Director of Moscow-based Save Tibet Foundation, Rev. Telo Tulku Rinpoche, Spiritual Head of Kalmyk Republic, and Dr. Nawang Rabgyal, Representative of His Holiness the Dalai Lama to Russia and Commonwealth of Independent States. The Flame of Truth torch was received at Elista airport by Ven. Ngawang Tsoglam, President of Tibetan Community in Kalmykia, and Mrs. Antonina I. Kookueva, Chairwoman of Friends of Tibet Society in Kalmyk Republic. To Buryat Republic from Moscow the Flame of Truth torch travelled  with Mrs. Nadya Berkengeym, Vice-President of Moscow-based Tibet House.   The Flame of Truth was received at Ulan Ude airport by  Geshe Jampa Thinley, Spiritual Director of Green Tara Center in Ulan Ude & several Dharma centers in Russia,  and Mr. Ngawang Tenzin, President of Tibetan Community in Buryatia, and other Tibetans and friends of Tibet in Buryat Republic. The Flame of Truth torch will fly to Tuva Republic in the north-east of Russia  on 7th September with a 4-member delegation of Tibetans and Russian supporter of Tibet. And it will be received at Kyzyl, capital of Tuva, by Friends of Tibet Society. The Flame of Truth relay was commenced in Moscow on 8th August, touring through Red Square where situated Kremlin, and it was received at Open World Center, where launched the signature campaign for the Tibetan petition to be submitted to United Nations on 10th December. The online signature campaign has been going on in the Russian-speaking-world through 5 websites in Russian language, such as  www.savetibet.ru, www.flameoftruth.ru, www.tibehouse.ru , www.clouds.ru, and www.facebook.com/photo.php   linking them to the main website of the Tibetan petition to United Nations  www.thepetitionsite.com/takeaction/198/920/082  FLAME OF TRUTH — Demanding Investigation into Human Rights Abuses in Tibet.